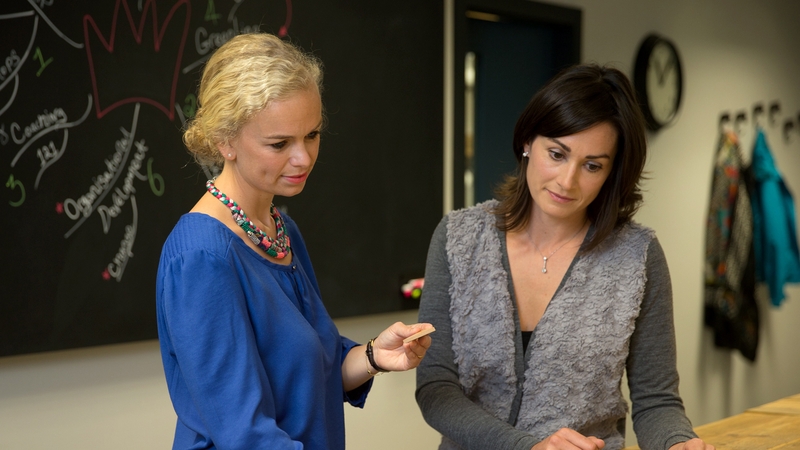 By FlowIrelandAdmin 18th August 2020 No Comments

To misquote Shakespeare, some people seek change, some avoid change and some have change forced upon them. The change in the annual calendar at the turn of the New Year is like punctuation, a comma in a person’s career. For less fortunate, it can represent a full stop.

I say that because earlier this week I spent time with a chief executive who was informed by his boss from the US that his services would no longer be required. His replacement was already in situ and the operation would be run from London with immediate effect.

At a time of year when organisations are naturally taking stock, employees are being appraised, objectives are being set and business strategies reviewed, it seems that enterprise isn’t the only one on the change offensive if the US report that 67% of the work-force are actively considering a change in their career is true.

In my experience, perpetual power resides with the person who knows the right questions, not the right answers. Answers change – and are at best temporary. Questions are forever. So here are the killer questions that might help you get unstuck, or simply re-invigorate you for 2016, and 2017 and 2018….

3 KICK-STARTER QUESTIONS TO ASK YOURSELF

1. What does your Ideal Job look like?
For some, work is simply getting a pay-check and life is lived outside the perimeters of the nine-to-five. For others, work provides a core sense of meaning, identity and purpose and for others still, their work is their passion. It is useful to identify the category into which you fit.

Interestingly, in the year when millennials will surpass baby-boomers, it is significant how demanding the younger generation are of what they expect work to provide and how clear that it should provide meaning and overlap with their passion and values. Contrast that with the notion in my generation that you were lucky to get a job and the more permanent and pensionable the offer the better.

So find your inner millennial and as a start make a list of all the criteria that would make up the job you would most love. Don’t hold back. Then prioritise the list in order of importance. For the record ‘highly paid’ tends to feature near the bottom of the list – and not just for the millennials.

2. How does your current job compare to the Ideal?
I once asked an executive who was stuck in a job she disliked to do this exercise. When we next met I asked how the list was coming along. “Oh, yes, the list”, she said, “I gave up on that when I realised how far away from my current job it was.”

As the request on the English exam paper read – you simply compare and contrast. If the contrast between Q1 (your ideal) and Q2 (current reality) is too great, it creates an inner cognitive dissonance which means we need to either ignore the fact – which many people do and continue to stay in jobs they hate – or take action to do something about it. The most frequently quoted reason why people hate their job is the relationship with their immediate boss. Others include lack of challenge, lack of passion, no room for advancement, not feeling valued, too much red-tape, or values mis-aligned. Some people just always believe, however, the grass is greener somewhere else.

3.What do you do next?
Nature can’t tolerate a vacuum so having answered questions 1 and 2 and, hoping that you have managed to avoid the very real threat of self-censorship or denial, simply making the contrast will produce the impetus to take action in bridging the gap.

Again start by making a list of options you could take as next steps. This might include finding a mentor or career advisor, investigating further education, or networking with your contact group. It could also include simply having an honest conversation with the right person at work, which could even be the boss you so dislike and therefore have avoided.

3 KICK-STARTER QUESTIONS FOR LEADER/MANAGERS
Given that the economy has returned to growth and that the ‘war for talent’ is a reality all over again, what are the killer questions you need to ask yourself in order to retain and inspire your people.

More specifically, people tend to get hired for their technical ability and get promoted for their performance based on individual contribution. So, a taxation advisor or a super salesperson that gets promoted sooner or later find themselves in a position of managing people.

2. Do your people have clarity?
Especially, do they have clarity of purpose, objectives, roles and responsibilities and behavioural Do’s and Don’t’s. Fulfil clarity on these four items and you have gone a long way to inspiring better performance.

A Harvard study reveals that employees need only demonstrate 31% of their true capability in order to keep their jobs. Which means 69% is up for grabs. A good manager taps into a great proportion of that discretionary effort – and it starts with creating clarity (or indeed removing ambiguity) around the four items above primarily.

A study by Ferdinand Fournies amongst 25,000 employees globally asking the question “Why don’t employees do what they’re supposed to do?” revealed the top 4 reasons to be:

a) They don’t know what they’re supposed to do

b) They don’t know how to do it

c) They don’t know why they should do it

d) They think they are already doing it (lack of feedback)

Remarkably basic you would think. Or, just simply, remarkable.

3. What is the most important conversation you need to have (but have avoided having)?
Most business folk I meet admit that business, in and of itself, is easy – it’s the people that make it difficult. And in spite of the mechanics of business – strategies, structures, processes, policies, systems, plans and projects – it is the interactions between people that drive the business machine. After all, projects don’t deliver themselves. All 4 reasons (above) why people don’t do what they’re supposed to do can only be resolved through one medium – a conversation.

Yet, beyond the clarity conversations, most of us typically have a difficult conversation on the horizon we know we need to have and may be avoiding through either fear or lack of confidence. Whether it’s a poor performer or a peer (or even at home!), identifying it and tackling it is core to improving commitment and performance.

Everybody has a boss so if you’re struggling at this point to identify the person to have that important conversation with, then may I suggest you kick-start with your boss – and begin by exploring item #1 and #2 above.

It may be you don’t need a new career after all.

Ian McClean is founder of Flow Group, a specialist Leadership and Organisational Development consultancy working for change across global organisations for the past quarter century. e: [email protected]